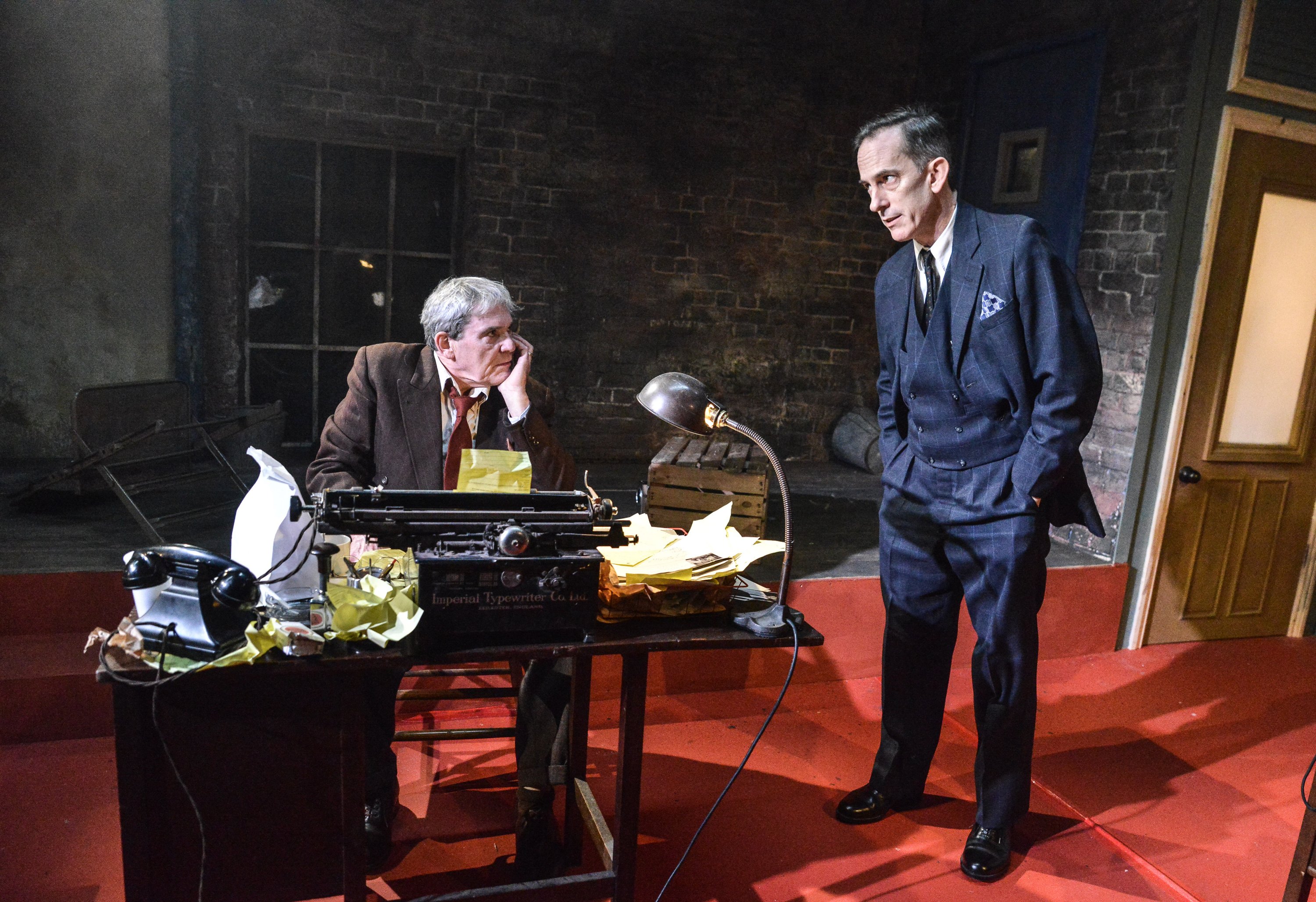 Set in Chicago during the corrupt and racial unrest of the 1950’s police department director Andy Jordan returns, Cops by Tony Tortora to stage. A play which is firmly set in its era. With racial tensions high, Mob rule rife and the corruption inside the police force ever-present we embark on what appears to be the downfall of a section of the Mob.

Harry Stanton known throughout the play as Stan ( Roger Alborough) takes his position as the oldest member of the team. His outlook remains set from when he first joined back in 1906. He is tired, suffering from a bad back and ready to retire. Except he doesn’t as all that awaits him at home is his wife and her compulsion to shop for a bargain.

The stakeouts which take place using the back wall of the stage which has been divided into two sections. First half represents the inside of an apartment sparsely decorated. The other is exposed brickwork, makeshift chairs and absolutely no heating, as the actors highlight the freezing conditions by trying to keep warm and shivering. Each section individually lit during their scenes. 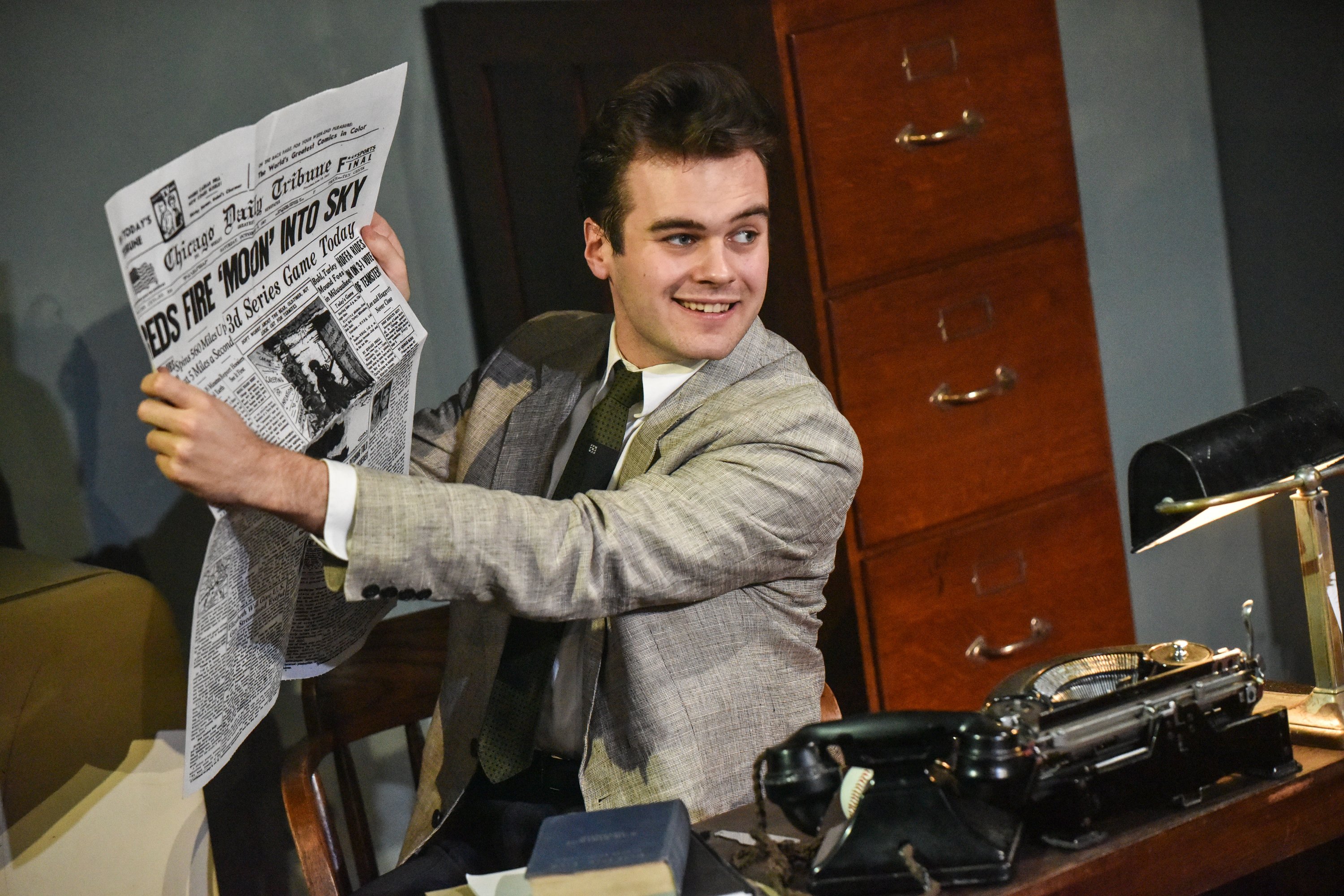 Foxy (Jack Flammiger) the 22-year-old rookie has a lot to learn about life and people before he earns the right to be officially accepted by the force veterans. This is Flammiger’s debut performance in Cops. He captured the irritating and frustrating arrogance of Fox which infuriated me while watching him. He is certainly out to watch out for in the future.

The dressed stage brings together the atmosphere of the busy police precinct office, with each desk designed to match the officer’s personality from the sparse content on the Rookies desk to the chaos and clutter built up over the years by Stan.  Each with a typewriter, ashtray and telephone.

The intimate space used for this play in Southwark Playhouse brings the audience into the play and you are almost part of the action. Set and costume designer Anthony Lamble has perfectly utilised all of the available space in this theatre to recreate several smaller sets surrounding the main staging inside the police precinct.

The cast of five and the attention to detail of the set is realistic. Although sadly the only thing that let’s the “whodunnit” style play down was the script. I was left wanting to know more about the history of the Mob family they were gathering evidence of and at times it seemed to drag. 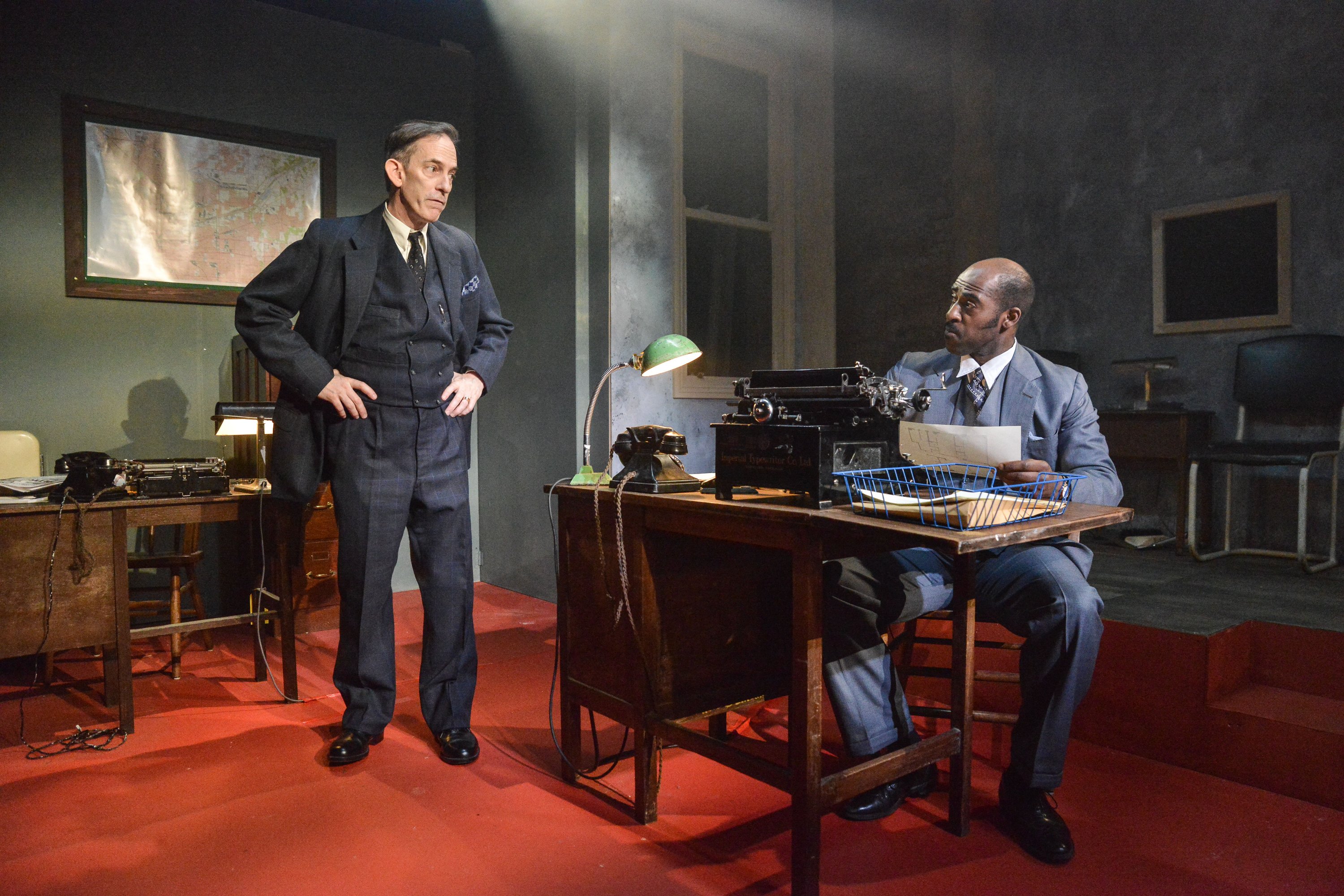 The endless supply of Doughnuts and coffee that arrived on Stan’s desk every morning by the chief Eulee (Paul Ulasiewicz) during this play were a real temptation. Southwark Playhouse would certainly sell quite a few during the interval throughout the run of the play.

Playing at
Southwark Playhouse from the 15th January to 1st February. Check out the link below for further information.