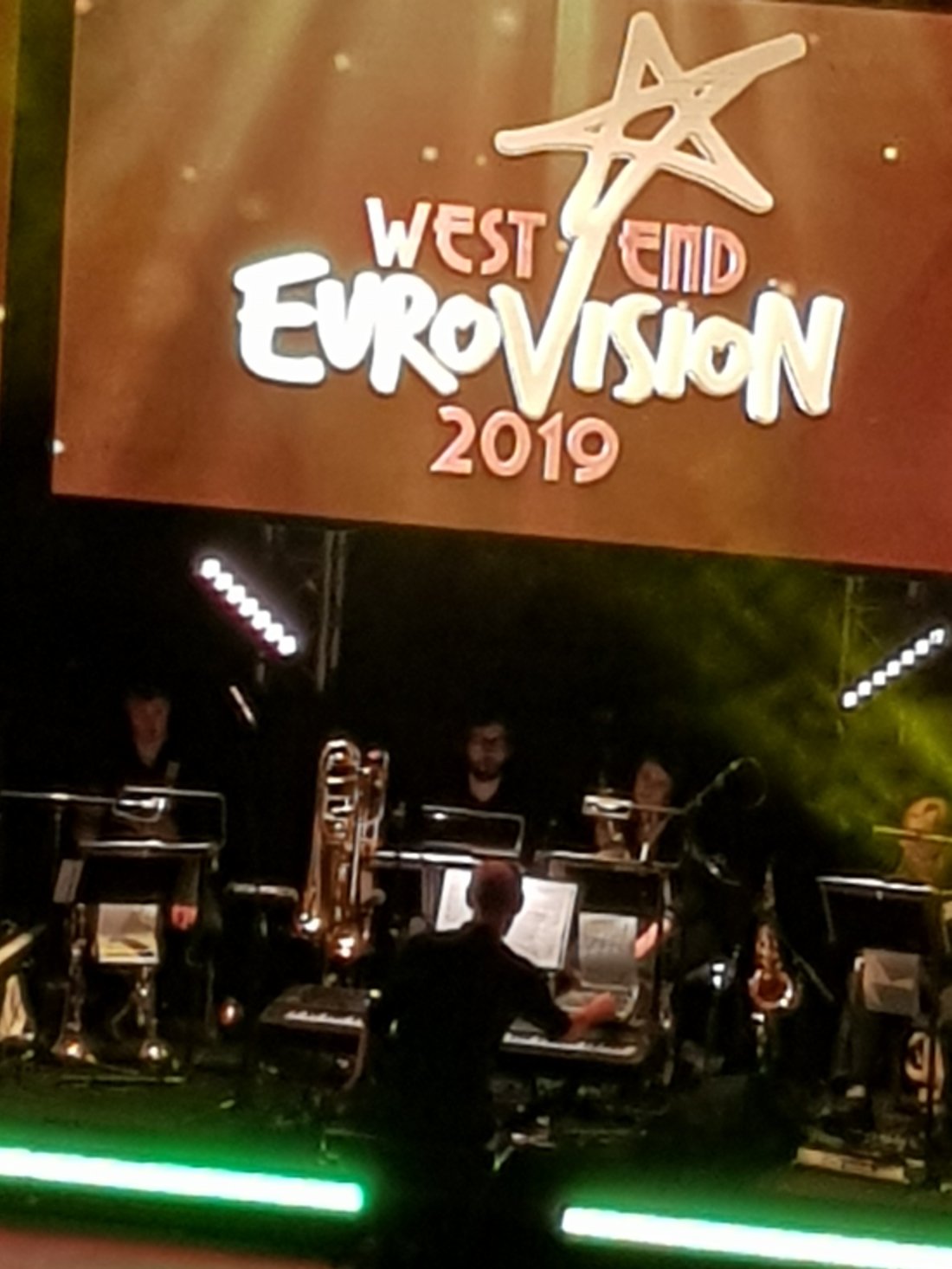 The glitzy and glamourous 2019 charity event of the West End Eurovision song contest was held in the Adelphi Theatre on The Strand which is currently the home of the Musical Waitress. Having played host previously to the hugely successful west end musicals Kinky Boots and Made in Dagenham.

The aim of the event is to raise money for the charity Mad Trust –Make a difference Trust which was founded in 2008 by David Pendlebury, together with Melanie Tranter and Julian Bird, and was initially known as West End Cares & subsequently Theatrecares. It raising much needed funding to help people living with HIV and Aids in the U.K and Sub-Saharan Africa. Last years event saw them raise over £400.000.

The Host for the evening was Richard Gauntlet who is no stranger to West End musicals as he has worked in Grand Opera to Circus shows. His combination of witt and antics on stage made him an excellent choice to entertain the audience and introduce the acts. There was a few inhouse jokes thrown in for entertainment purposes.

The most rapturous applause of the night went to the star of Everybody’s talking about Jamie Layton Williams. Wearing a very skimpy bodysuit his extremely well toned abbs and dancer physique left very little to the imagination. However, anyone who jump into the splits as he did deserved the accolade he recieved.

The Theatre was treated to an incredible performance by the 2019 United Kingdom Eurovision candidate Michael Rice. He has an amazing voice with plenty of the wow factor and the song is extremely good. Taking the Eurovision politics to one side this candidate would certainly be in with a good chance of winning the competition.

Graham Norton the regular Eurovision host since the departure of Terry Wogan was on the stage at the end to present the award to the winner of the evening.

The winners of the evenings overall performance was the Phantom of the Opera’s brilliant rendition of Italy’s 2015 Eurovision entry of Grande Amore. The level of professionalism was everything you expect from a long standing West End musical.

The immaculate matching black outfits were absolutely stunning and the men in their dinner suits looked fabulous. However, the multi coloured sparkling dresses worn by the ladies towards the end were amazing.

The true winners from this amazing glitzy gala night are the people who will now go on to be helped by the money raised at this great fund raising event. Both in the UK and Africa.

Written on behalf of London Theatre 1.