Skip to content
Outthere1971 Uncategorised 24th Apr 201924th Apr 2019 3 Minutes
This is the first professional production of the Market Boy play since it first premiered in 2006 at the Royal National Theatre and is now being performed at the Union Theatre. 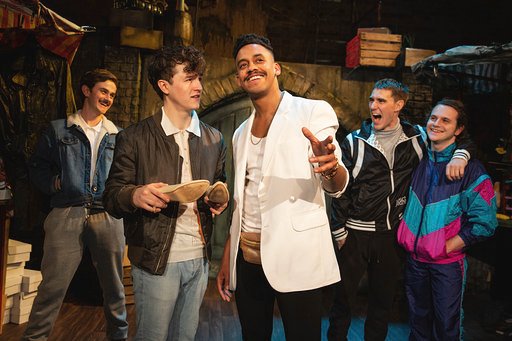 The large energic cast fills the stage at Union Theatre using every available entrance and space around the stage keeping the audience engaged throughout the whole show. Featuring larger than life stall holders. The busy market stalls are easily recognised from the fish stall, fruit and veg, records, clothes and the plays main feature of the shoe stall. Where our main character Brian life journey begins when his Mum gets him the job working there at the age of 13.

From shell suits, piles of records, boxes of stiletto heals sexist and racist language and a well-chosen array of popular music from the era. With the addition of the blue-suited Prime Minister Mrs Thatcher, there was no mistaking where you were in the play, right back in the middle of the 1980s.

With Market Boy firmly placed during the Thatcher years. She makes her grand entrances through various point of the performance. Her most notable entrance is adorning giant lobster pincer arms as Market Boy is suffering from the haunting effects of taking too much acid.

The added sound effects of the boom and the crash were an extremely well-placed addition. Anyone around in the 1980s will remember the Thatcher days where Britain hit the boom and the slogan of the day which is never mentioned was at the time “greed is good” which is portrayed in the play. This is later followed by an equally loud crash. Where the audience watches the market start a rapid demise.

The boom era is high lighted with certain characters becoming wealthier. However, Lucy Walker-Evans extremely dislikeable character the Most Beautiful Girl in Romford. The greedy self-gratifying character of a trophy girlfriend whose demands on her boyfriend’s money, while she lives to shop, becomes unobtainable by stall owner trader played by Andy Umerah.

The large cast at times became overwhelming with so many things going at any one time. However, this reflected the busy submersive Romford Market and with many characters interacting with the audience, you couldn’t fail to feel a part of the performance. 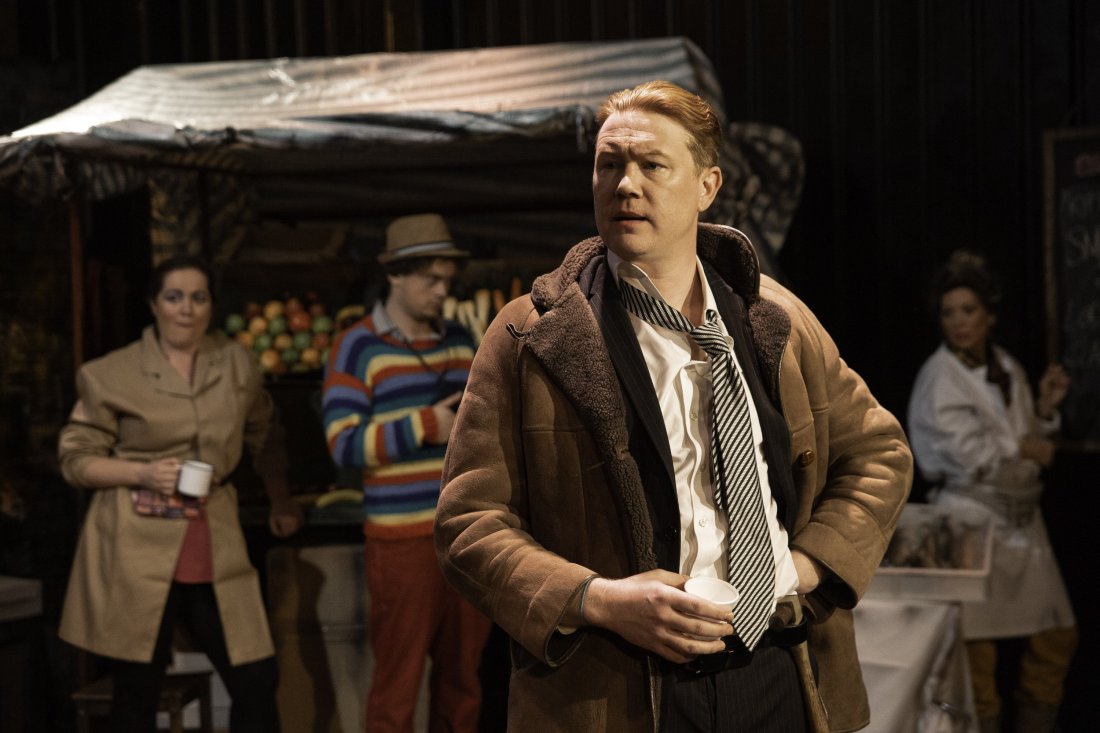 Matt Betteridge’s as pictured above performance as The Toby switched between the crooked market inspector who takes bribes from money, goods or carnal pleasure just to get a perk of the job. To the play’s historian as to how Markets were first started and that amongst market stall holders the Toby is the person who organizes the allocation of pitches at town markets, also for collecting the rents.

If you want a thoroughly good night out with laughs, lots of action then this is perfect play to go and see. Plus the added chance to reminisce over everything that was good about the 1980s. Which in reality was predominantly the music.

Olivier Westlake-Jason/Labour Candidate
Due to a bank holiday accident, Lily Cooper’s roles were performed by Georgina Seville and other members of the company.