The new comedy spoof production by the Cheriton Players Diamonds are for Trevor is extremely well thought out, with a fantastic cast and full of quick-witted one-liners.

The familiar Bond characters have been renamed which are all befitting of the spoof production, for example, Miss Spendapenny, Bigjob and Fanny Stravaganza are a taster of some of those characters starring in the play.

Charlie Hellard as Trevor Bond the expression on his face speaks volumes.

When James Bond’s(Craig Robertson)younger brother Trevor (Charlie Hellard) is summoned to MI6 by mistake after answering his Brother’s phone that he has left behind in the flat they share he is sent on one of the biggest missions to date which is to save the Queen (Pauline Cornter) and her corgi.

The mission Trevor has accepted has taken place due to Vladimir Putitov (John Weston) and Donald Trumpet (Mike Cornter) attempting to try and overturn the monarchy and Putitov to lay a claim to the throne as the rightful monarch.

Trumpet has kidnapped the Queen and one of her corgi’s and held them both to ransom. It’s clear to see why the Weston and Cornter were chosen for those roles as they really bought both men to life. Especially when Weston takes his top off Putin style and starts to work out on stage, as seen in the photo below. 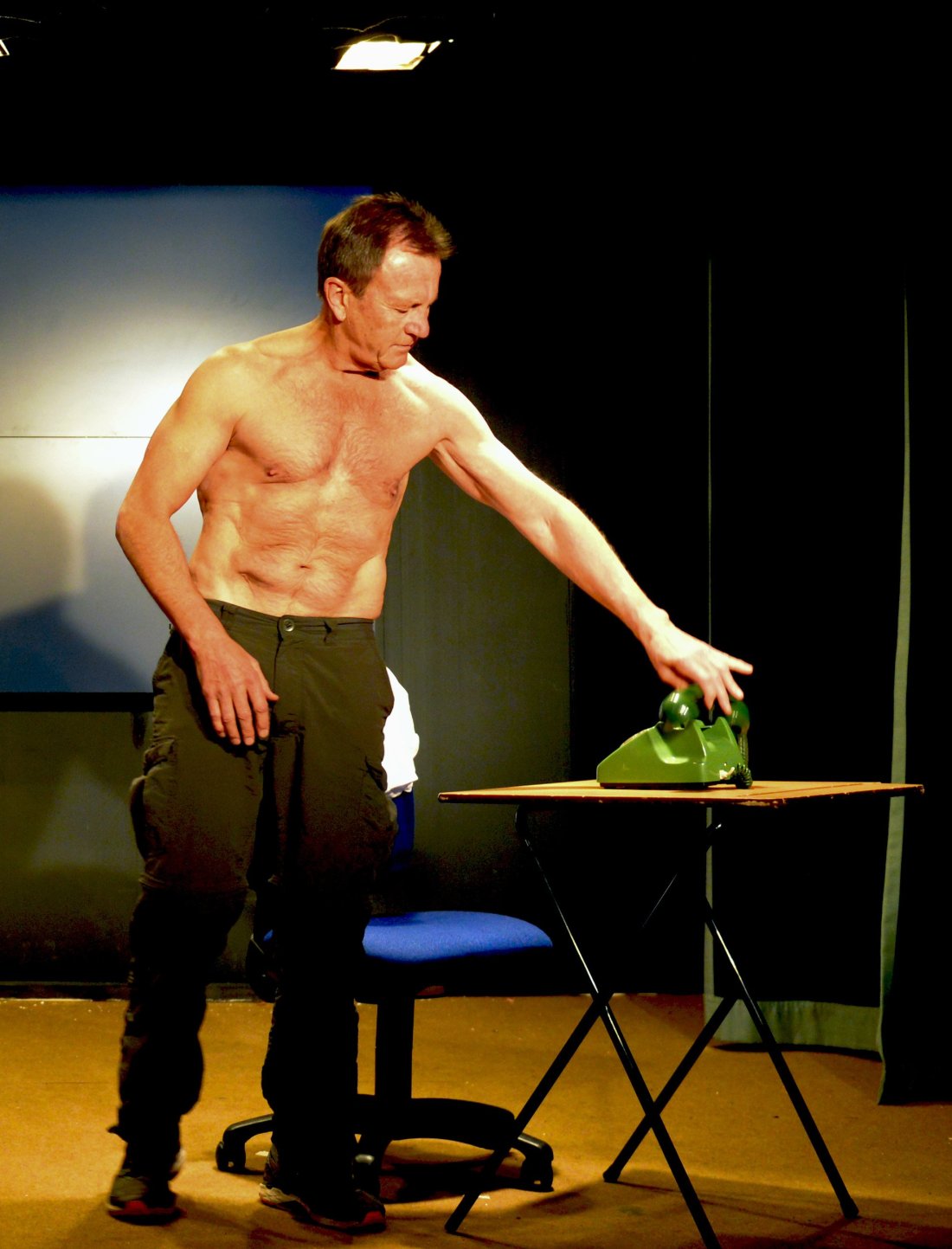 David Cradduck plays Pratt the cleaner in MI6 and a cameo role as the Queen’s husband Prince Philip. The conversation that takes place between the Prince and security is as outrageous and politically incorrect as you would expect it to be from the Prince. Apart from being remarkably younger than the Prince Cradduck’s mannerisms were extremely funny and very much in the style of him.

The film scenes which had been filmed earlier in the year are shown on the large screen at the back of the stage which allowed the production to use James Bond-style car scenes in the play and take them off on various locations to bring a touch of Bond reality to the whole production. 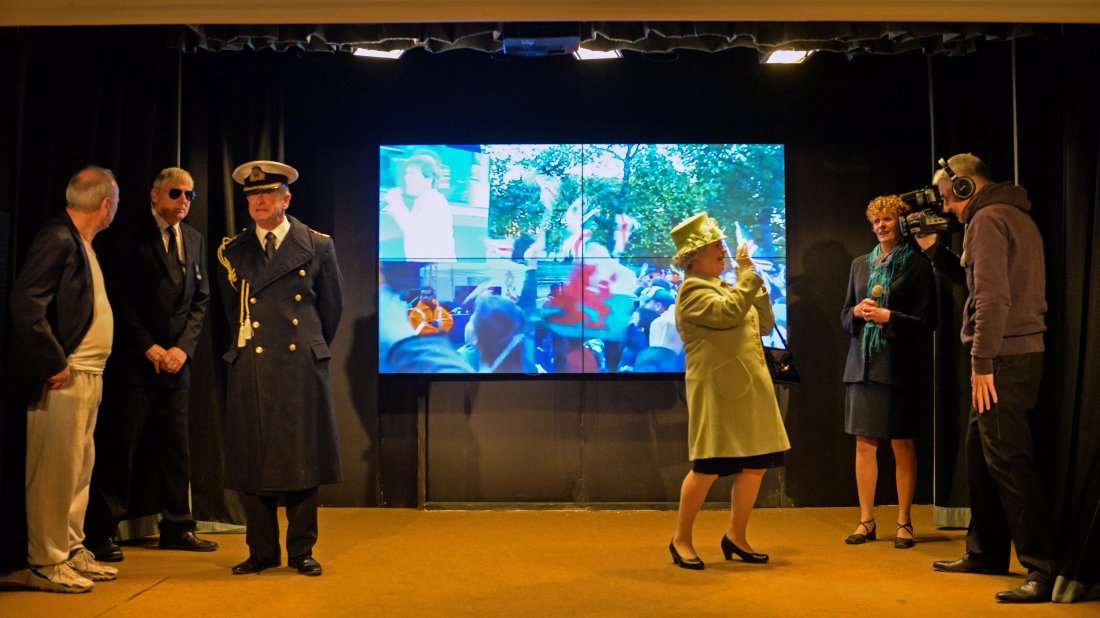 The Corgi is played by a soft toy stand-in. The time and attention to details when they film close-ups of the dog is brilliant. It’s been so well positioned and angled to capture body language and facial expressions that it’s really easy to suspend your disbelief and look at it like a real dog. No animals were hurt in making this production.

One of the things that make this play stand out is how much all of the cast are enjoying their roles. The attention to detail that this company always step up to never ceases to amaze me and I really enjoy going to see what they have created next.

To find out more this talented group and their past and present productions check out the links below to their website and social media pages. Remember, to book early as they are always quickly selling out.