The revised shortened Fringe edition of this fantastic production hasn’t lost any of the power and conviction in its delivery as the incredible story of the life about Martin Luther King unfolds. Christopher Tajah’s passion and delivery in the performance that he has written and stars in is a truly moving show to see.

Touching on American black history with the incredible defiance of Rosa Parkes when she refused to give up her seat on a public bus. Such a huge turning point in the movement towards equality.

The wonderful voice of reggae recording star Paulette Tajah singing the title song welcomes you into the performance. As seen in the photograph below. 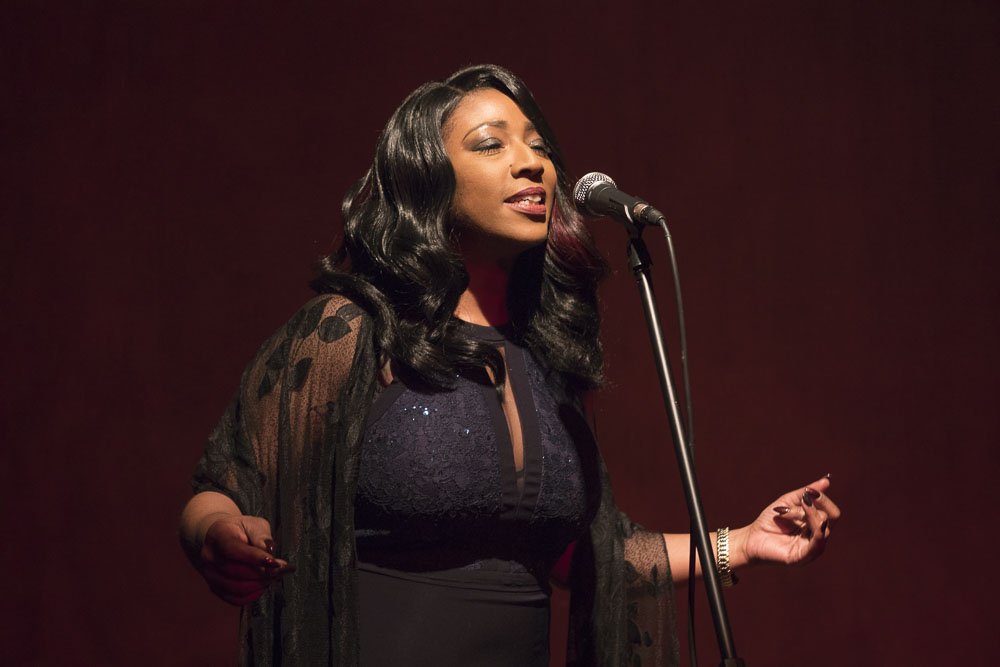 Set on the fateful evening of his assassination. Tajah begins at the end of the story and takes the audience back through a whistle-stop journey of some of the remarkable events Martin Luther King had achieved and been a major part of throughout his remarkable life.

The love and respect he held for his own Father who had been a well-respected Pastor and the devotion he felt towards his wife Coretta and their four children were delivered in heartfelt sermon style bursts of monologue. The respect is mirrored by Tajah’s outstanding performance of this great black iconic figure in history.

With so many layers packed neatly into this performance of under sixty minutes, there doesn’t appear to be any feeling of Tajah rushing the story on at any point. Which could easily have been the case!

Sadly as with all activists they often attract unwanted attention and can become feared by government agencies. He was no exception and was labelled “most notorious liar in the Country” by the FBI Director J. Edgar Hoover. With the permission of Attorney General Robert F. Kennedy – the FBI tapped King’s home and office phones obsessively.

This is definitely a must see Fringe production.

Four and a half stars.

3 thoughts on “Dream of a King by Christopher Tajah”